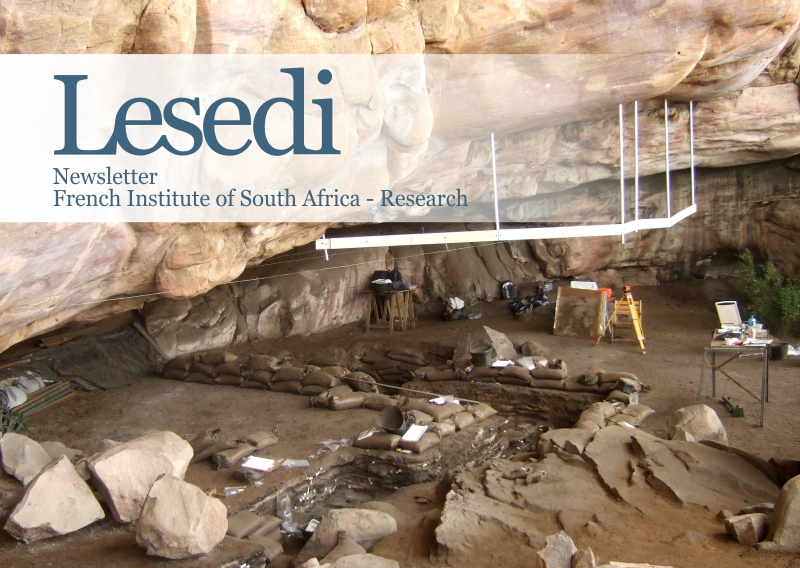 In anticipation of the upcoming Congress of the Pan African Archaeological Association, at Wits in July, this issue of Lesedi has Archaeology as its focus.

Aurore Val looks at “The Taphonomy of the Australopithecus Sediba of the Malapa Fossil Site ” in Gauteng, Guillaume Porraz gives an overview of “16 Years of Archaeological Survey on our Hunter-Gatherer Ancestors at Diepkloof Rock Shelter” on the West coast, and Marina Redondo looks at “The Emergence of Bladelet Technology in South African Prehostory. The Status of the Robberg Lithic Industries”.

As always, the newsletter includes updates on research, publications, conferences and seminars.