Reinventing Pan-Africanism in the Age of Xenophobia 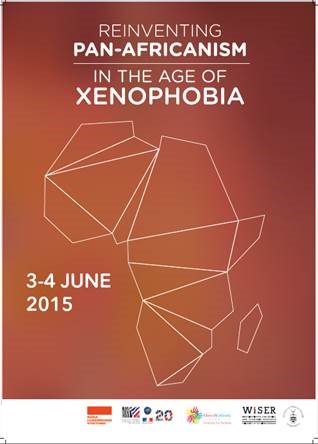 Recent xenophobic attacks have placed South Africa’s complicated relationship with the rest of the continent on the public agenda, both within South Africa and in other countries. While other African countries offered political support for the liberation struggle and were sources of migrant labour to South Africa, memories of these longer histories, and of the contributions and sacrifices of other Africans to South Africa appear to be waning as South Africans become increasingly focused on unfulfilled promises of the post-apartheid era. Very often it appears that frustrations about the slow pace of socioeconomic change are being taken out on “foreigners.”

However, even as South Africans’ political discussions become ever more focused on their own national space, South African business interests are extending their presence across the continent. South African diplomacy has taken on an increasingly important role in mediating conflicts, sending soldiers for peacekeeping missions, and leading continent-wide initiatives and institutions. It is perhaps no surprise that the current Chairwoman of the African Union, Dr. Dlamini Zuma, is a South African, even while Thabo Mbeki’s programme for an “African Renaissance” has been brought in question. This paradox of South Africa’s simultaneous expansion into “Africa” over the past twenty years and its closing onto itself needs to be addressed more urgently than ever, if South Africa is to fulfill its own ambitions to be an integral part of the political, economic, and cultural life of the African continent.

This Symposium aims to bring together a number of distinguished African scholars and intellectuals. They shall engage a South African audience on the theme of “Pan-Africanism in the Age of Xenophobia,” by reflecting on the myriad complex and changing relationships between South Africa and the rest of the continent from the vantage point of Africa’s different regions.

It also aims at initiating a deep-time, long-term reflection on the idea of Africa and its role in the emancipation struggles of the 19th-20th centuries and its potential reconfigurations in view of the challenges the Continent is facing in the 21st century.

With support from the Ahmed Kathrada Foundation, Rosa Luxemburg Foundation and the French Institute of South Africa.