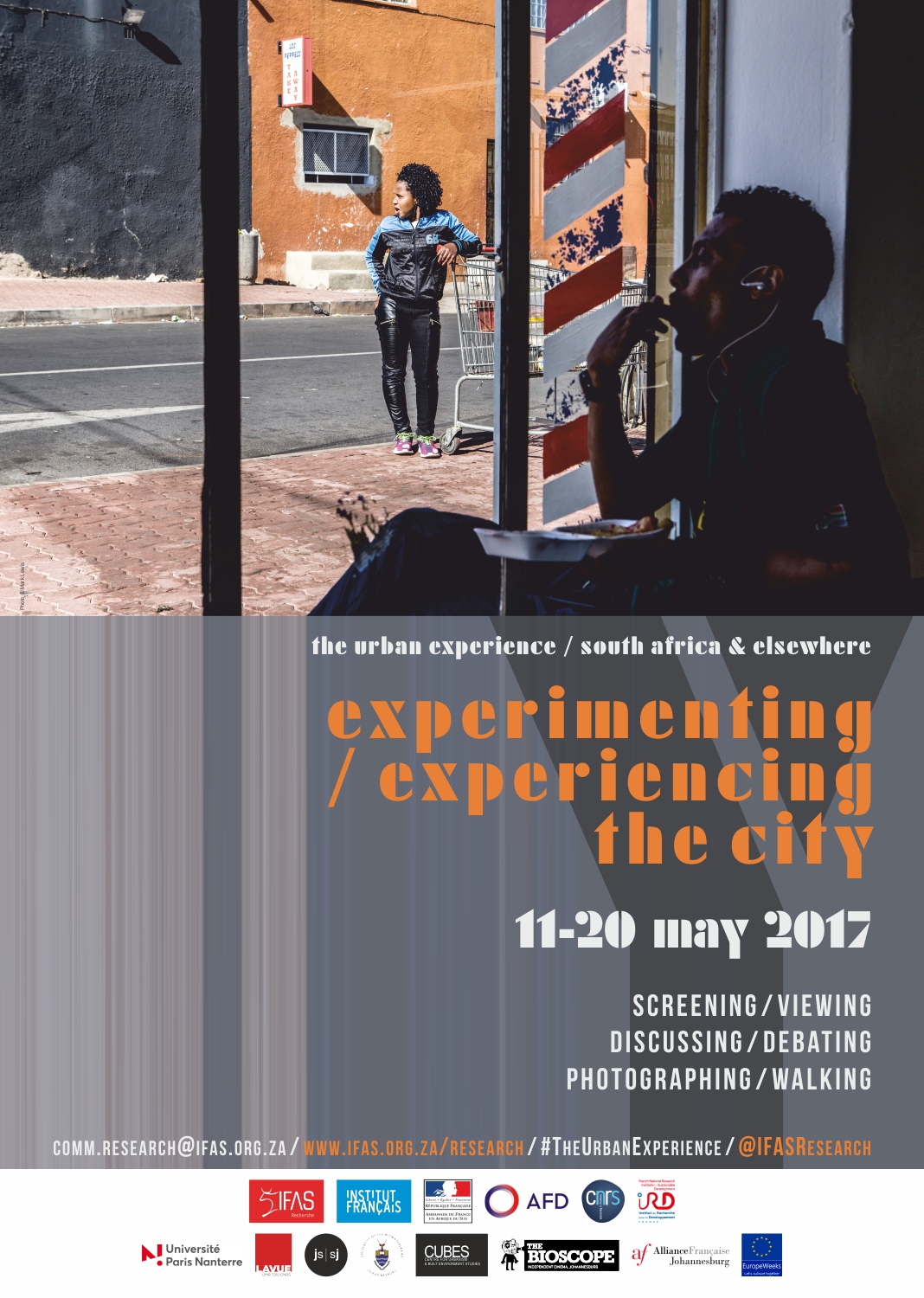 Through crossed perspectives, Experimenting / Experiencing the City will try to tackle both the risk and the interest of a multi-disciplinary approach to question the city. It aims to open the debate around the notions of “city” and “urban” in the complex relationship that unites them, to study the links between integration, exclusion and citizenship in an era of globalisation and complex urban identities.

Among other approaches, the notion of spatial justice can help to look at these issues. The use – and definition – of public space or public art needs to be questioned. The housing options offered to city-dwellers, particularly the middle classes, need to be viewed and interrogated: what forces drive the market and orient the shape of the city?

Experimentations and experiences from South Africa, Mozambique, Brazil, India, and elsewhere, will be presented and confronted. Debates will gather academics, who question and conceptualize the city, urban actors (from street vendors to developers), who make the city, and artists, who live and share their experience of the city. Artistic works and events – performances, photos and films – will be expanded to the workshops and echo and enrich the discussions.