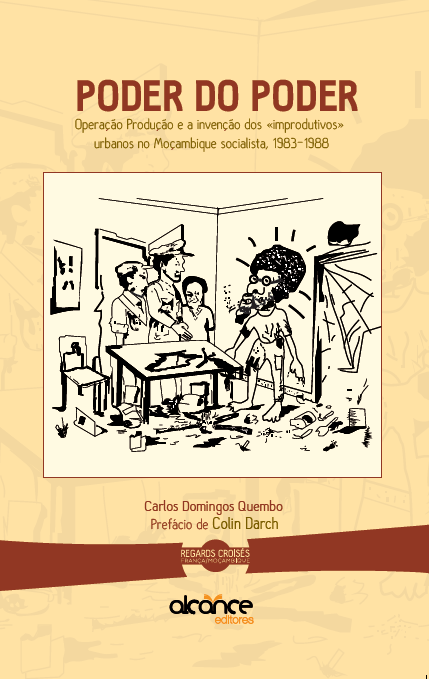 In May 1983, Frelimo, the party-state which has been running the country since independence in 1975, implemented a nationwide policy aiming at transforming “urban unproductive people” into “rural productive people”, largely through agriculture, called operation production. This book, titled “Poder do poder: operação produção e a invenção dos “improductivos” urbanos no Moçambique socialista, 1983-1988″, seeks to analyse the decisionmaking process of this policy through a thorough analysis of its discursive exercise.

The “Operation production” discourse presented and represented “urban unproductive people” as the cause of the rising urban disorder, such as crime and prostitution in the 1980s in the main Mozambican cities. The discourse also revealed the Frelimo’s long-term vision of a revolutionary socialist development project, to which every Mozambican should contribute. In the eyes of Frelimo’s revolutionary project, operation production was presented as a development programme which resulted not just from Frelimo’s willing, but, also from the wishes of the people for a modernised and organised country where every man would be “useful for his own and for the whole Mozambican socialist society.

This book is published in the collection “Regards croisés França|Moçambique”, supported by AFRAMO-CHS and IFAS-Research.

Carlos Quembo graduated from Eduardo Mondlane University and holds a MA in political sciences (Sciences Po Bordeaux) with the support of the French Embassy in Maputo. He is currently a Ph.D. candidate at Oxford University.