Elands Bay Cave and the Stone Age of the Verlorenvlei, South Africa 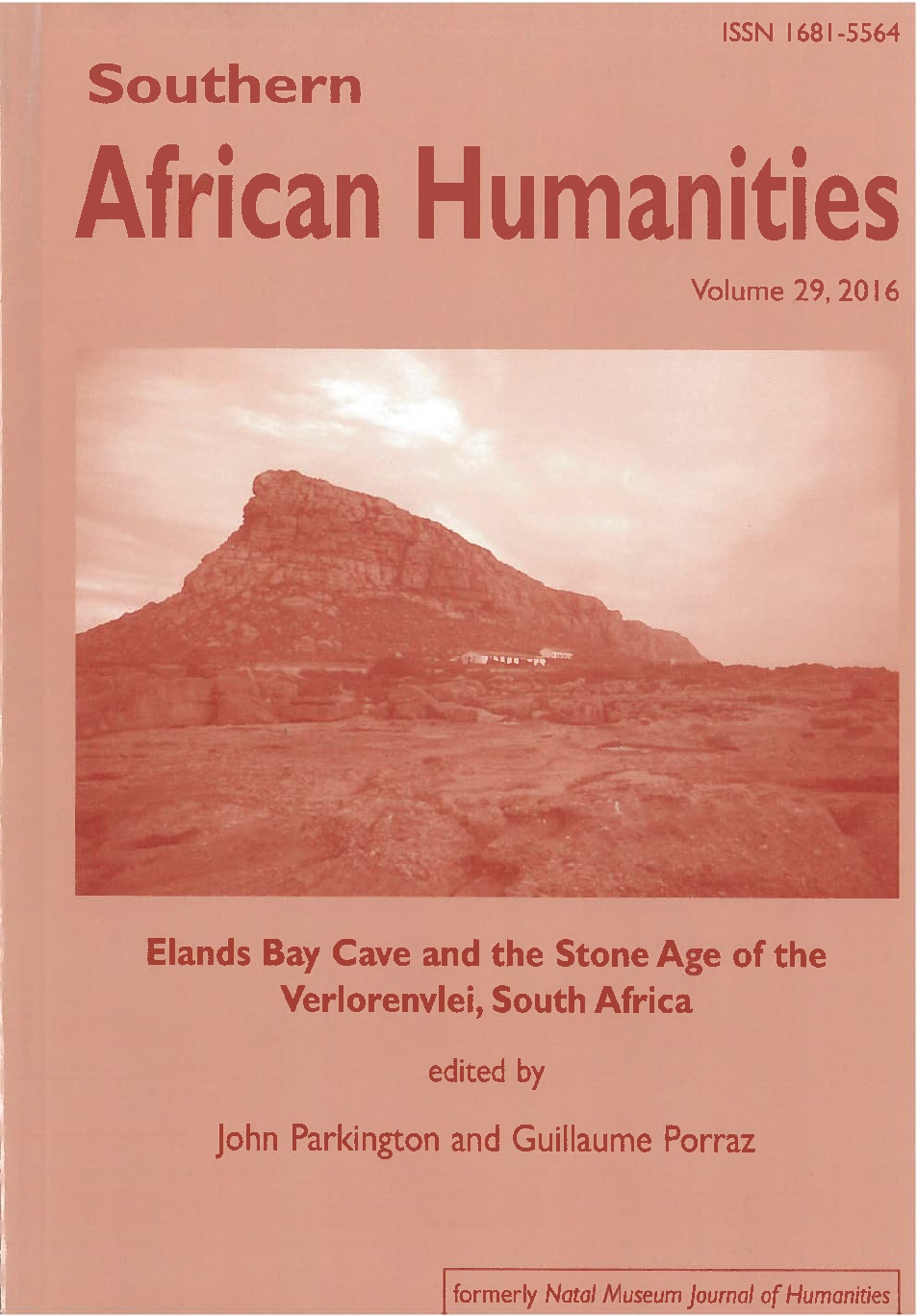 Elands Bay Cave is a small coastal rock shelter formed in quartzite that contained up to ca. 3 m of anthropogenic and geogenic deposits with archaeological materials dating to the Middle Stone Age through Later Stone Age. Today, only the lower portion of the sedimentary sequence, comprising ca. 1.2 m of sediment remains. A geoarchaeological study of the remaining deposits was undertaken in conjunction with renewed excavations of the site (2010–2012). A ground penetrating radar survey revealed that the excavation area targeted the deepest portion of the sedimentary infill within the rock shelter. Furthermore, micromorphological analyses of the remaining Middle and Later Stone Age deposits indicate that combustion features are present. Fourier transform infrared spectroscopy and x-ray diffraction measurements were used to identify secondary minerals, including taranakite, hydroxylapatite, gypsum, variscite, ardealite, opal, and whitlockite. The distributions of these secondary minerals — present mainly as microcrystalline nodules — track zones of moisture within the sediment, as well as areas where calcium carbonate (e.g. ashes, shell) and bones are not preserved. In addition to the chemical dissolution of several components of the archaeological assemblage, secondary processes impacting the Elands Bay Cave deposits include bioturbation and mechanical fragmentation of rocks and charcoal. Despite the effects of post-depositional alteration, our study indicates a good degree of localized preservation of the stratigraphic units.

John Parkington is an Emeritus Professor in the Department of Archaeology at UCT. He did both undergraduate and postgraduate degrees in Palaeolithic Archaeology at Cambridge University in England.

Guillaume Porraz is a Prehistory researcher at the French National Centre for Scientific Research (CNRS) and a member of the Anthropologie des Techniques et des Territoires team (AnTeT), as well as an honorary fellow of the University of the Witwatersrand and a senior researcher at IFAS-Research (2013-2016).