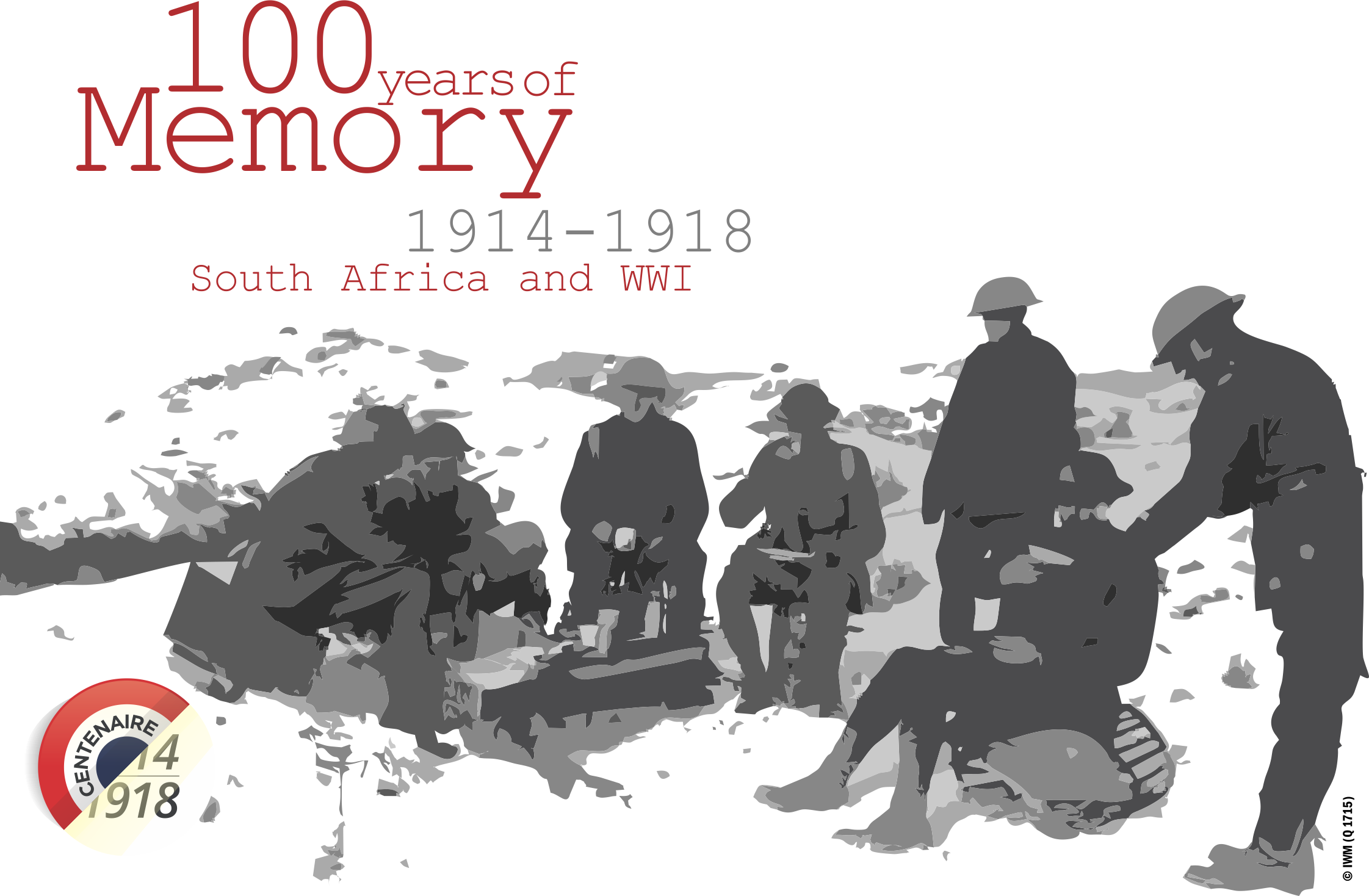 In July 2016, South Africa will commemorate the Centenary of the WWI Battle of Delville Wood, when 3 ‍‍200 troops of the South African Infantry Brigade arrived on the battlefield of Delville Wood in the department of La Somme (France). This battle became one of the deadliest Somme engagements of the First World War, in which the Union of South Africa lost almost two-thirds of the complement of its Overseas Expeditionary Force in less than a week of warfare.

The South African Union was only four years old at the beginning of WWI in 1914. As part of the British Empire, the country became attached to the Allied war effort in several military operations in Africa and the Middle East (South West Africa, South East Africa, North Africa, and in Egypt and Palestine), and in western Europe. Over 200, 000 White, African and Coloured South Africans went to fight as combatants or to labour as non-combatants on these varied fronts. Due to the political requirements of segregation, black Africans were only allowed to serve as labourers or as other unarmed auxiliary workers, and were all prohibited from bearing arms. By the end of hostilities, around 12,500 South Africans had either been killed in action or had died as a consequence of their active war service. In death they were segregated as they had been in life – black servicemen were not buried together in the same cemeteries with their white compatriots.

As part of the remembrance of the Delville Wood battle, the French Institute of South Africa, the Alliance française network, the Goethe Institut and the South African Holocaust & Genocide Foundationwill be organising a series of events to commemorate the Union of South Africa’s engagement in the First World War. This project has obtained the “Label du Centenaire”, a French certification highlighting the most innovative and structured projects around the memory of WWI.

Historians (Bill Nasson, Tilman Dedering and others to be confirmed) will participate in a shared discussion of a century of commemoration of WWI in South Africa. Playwright and director Sylvaine Strike will create a performance alongside an exciting young cast to poetically convey the experience of young men who volunteered to be sent to the European battlefront, as well as the feelings back home in South Africa, a country geographically remote from the worst horrors of WWI. This play will also be performed in Durban and Cape Town. Finally, a showcase of animated short movies about WWI will be screened to provide a contemporary perspective on these events and experiences.

If you wish to attend to these events, please RSVP, we have limited seats:
RSVP: comm.research@ifas.org.za