The White Lady and Atlantis: Ophir and Great Zimbabwe

Investigation of an Archaeological Myth 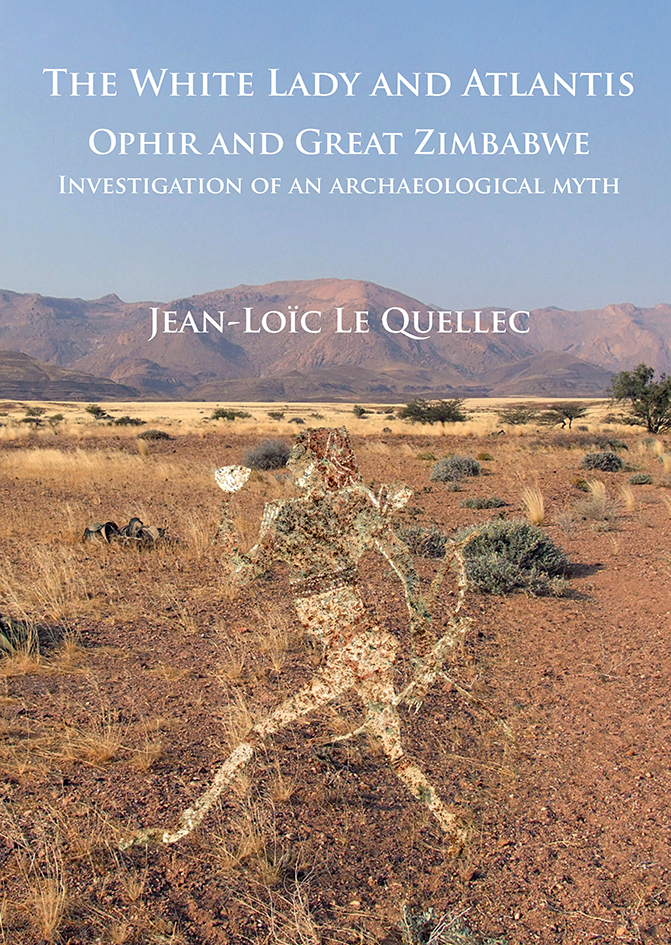 This meticulous investigation, based around a famous rock image, the ‘White Lady’, makes it possible to take stock of the mythical presuppositions that infuse a great deal of scientific research, especially in the case of rock art studies. It also highlights the existence of some surprising bridges between scholarly works and literary or artistic productions (novels, films, comic strips, adventure tales).

The examination of the abbé Breuil’s archives and correspondence shows that the primary motivation of the work he carried out in southern Africa like that of his pupil Henri Lhote in the Tassili was the search for ancient, vanished ‘white’ colonies which were established, in prehistory, in the heart of the dark continent. Both Breuil and Lhote found paintings on African rocks that, in their view, depicted ‘white women’ who were immediately interpreted as goddesses or queens of the ancient kingdoms of which they believed they had found the vestiges. In doing this, they were reviving and nourishing two myths at the same time: that of a Saharan Atlantis for Henri Lhote and, for the abbé, that of the identification of the great ruins of Zimbabwe with the mythical city of Ophir from which, according to the Bible, King Solomon derived his fabulous wealth.

With hindsight we can now see very clearly that their theories were merely a clumsy reflection of the ideas of their time, particularly in the colonial context of the Sahara and in the apartheid of South Africa. Without their knowledge, these two scholars’ scientific production was used to justify the white presence in Africa, and it was widely manipulated to that end. And yet recent studies have demonstrated that the ‘White Lady’ who so fascinated the abbé Breuil was in reality neither white nor even a woman. One question remains: if such an interpenetration of science and myth in the service of politics was possible in the mid-20th century, could it happen today?

This is the english version of La Dame Blanche et l’Atlantide, Actes Sud, 2010