The Bushman Rock Shelter (BRS) field project began in 2014 and is mainly funded by the French Ministry of Foreign Affairs Commission on Archaeological Excavations (Commission des fouilles), with the support of IFAS-Research. In South Africa, it is also supported by the University of the Witwatersrand (Evolutionary Studies Institute) and the DST-NRF Centre of Excellence in Palaeosciences.

In 2018, the project came to the end of its four-year term. Given the successful outcome of this first phase of work at the site and on the archaeological collections, the team obtained an extension of the project from the French Ministry of Foreign Affairs Commission on Archaeological Excavations. This extended project will also include the nearby site of Heuningneskrans and will run at least until 2021. The excavation permit, granted in 2014 by the South African Heritage Resources Agency, was also renewed.

The programme is led by Guillaume Porraz, (CNRS / ArScan-AnTet) who was hosted as a CNRS researcher by IFAS-Research between 2013 and 2016, in close collaboration with Aurore Val, post-doctoral fellow at the Universität Tübingen and associate to the Evolutionary Studies Institute. The excavations are conducted as part of a field-school. Each year, they include 10 to 15 students, from France, South Africa, Zimbabwe, Zambia and Mozambique. 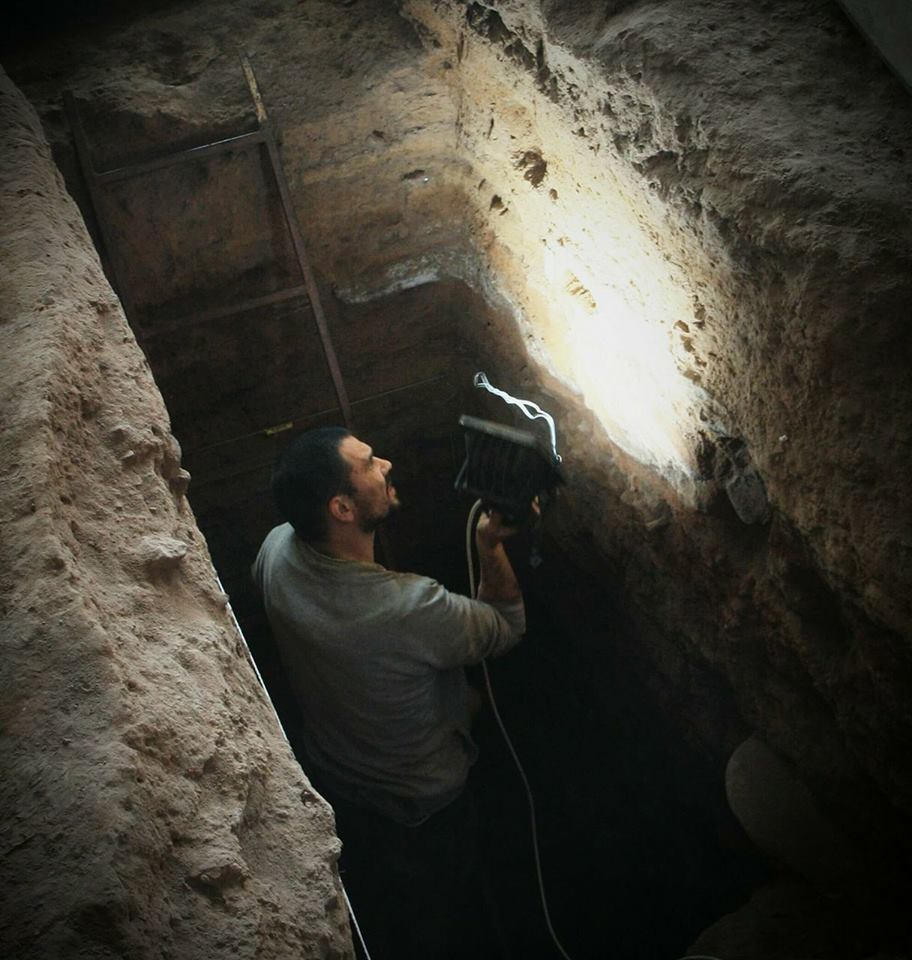 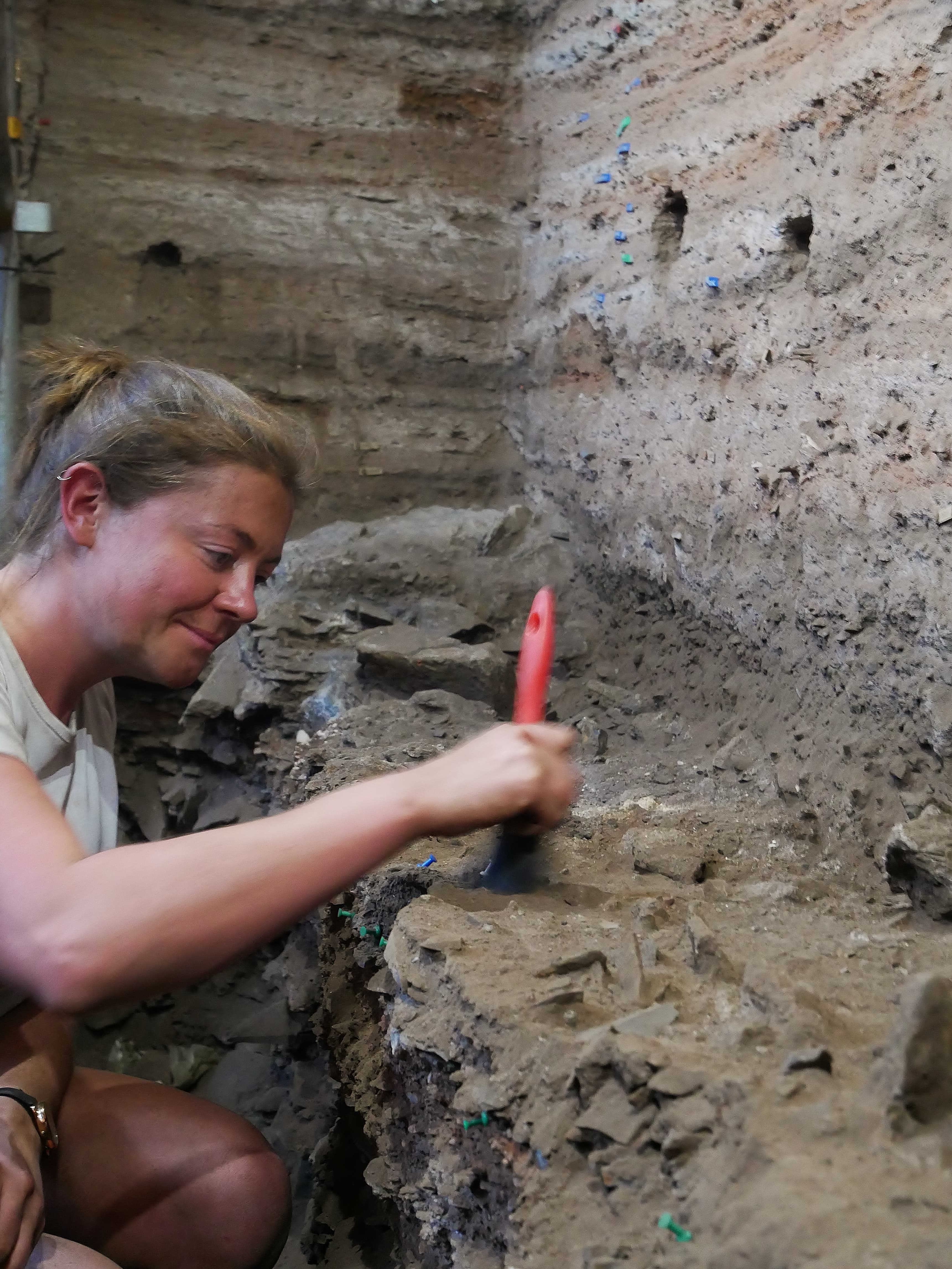 The Bushman Rock Shelter and Heuningneskrans sites are located in the district of Ohrigstad (Limpopo province, South Africa), in the North of the Drakensberg range. Both sites are less than 4 km apart and are located on each side of Ohrigstad River Valley.

Excavated in the late 1960’s and 1970’s by Prof. Hannes Eloff’s team from the University of Pretoria, Bushman Rock Shelter has yielded generally well preserved evidence of human occupation. The various layers containing archaeological material date back to the Middle and the Later Stone Age. The mineral (stone tools, pigments) and organic remains (bones, shells, charcoals, seeds, korms), preserved across the 7 meters deep sequence, are key proxies documenting behaviours and lifeways of hunters-gatherers in a changing environment spanning the last 200,000 years.

In order to investigate the tempo and the mechanisms behind these technological and behavioural changes amongst late Pleistocene and early Holocene groups of hunters-gatherers, the research program led by G. Porraz and A. Val was developed to reinvestigate Bushman Rock Shelter, with the aims of clarifying and dating the chrono-cultural sequence and getting new archaeological samples.

This project is part of a long-term strategy of collaborative research between scientists and students from France, South Africa and the neighbouring countries. It aims at conjointly training students and producing multidisciplinary scientific publications.

By the end of the first four years (2014-2018), the project had already led to several publications and the completion of two Master’s dissertations while three post-doctoral research projects and three PhD theses are currently underway.

The discovery of a new sample of beads made of ostrich eggshell as as marine shells and analyzed by Dr. Laure Dayet (hosted as a post-doctoral fellow at IFAS in 2016), is one of the key publications of the Bushman Rock Shelter project.

Efforts are deployed to create an international dialogue around this project: in a partnership with the French Embassy in Maputo and IFAS-Recherche, Mozambican students and researchers have been invited to join the excavations at Bushman Rock Shelter. Since 2017, students and researchers from Zambia and Zimbabwe have also join the scientific team.

In April 2015, during 4 weeks, several international experts and students gathered in the BRS site to proceed to the first field campaign. This campaign was the first step towards the implementation of a field school project, with the participation of several students from the University of the Witwatersrand, managed by Professors Christine Sievers and Dominic Stratford from the School of Geography, Archaeology and Environmental Siences. Since this first experiment, 10 to 15 local students are taking part to the excavation every year.

Building on this success, the four-year plan was renewed with a view of expanding the research to surrounding areas. Subsequent fieldwork were conducted in 2016 and 2017. Since 2018, the team decided to focus on the Heuningneskrans site which led to an important excavation campaign in 2019, while another part of the team conducted further researches in the Bushman Rock Shelter site. 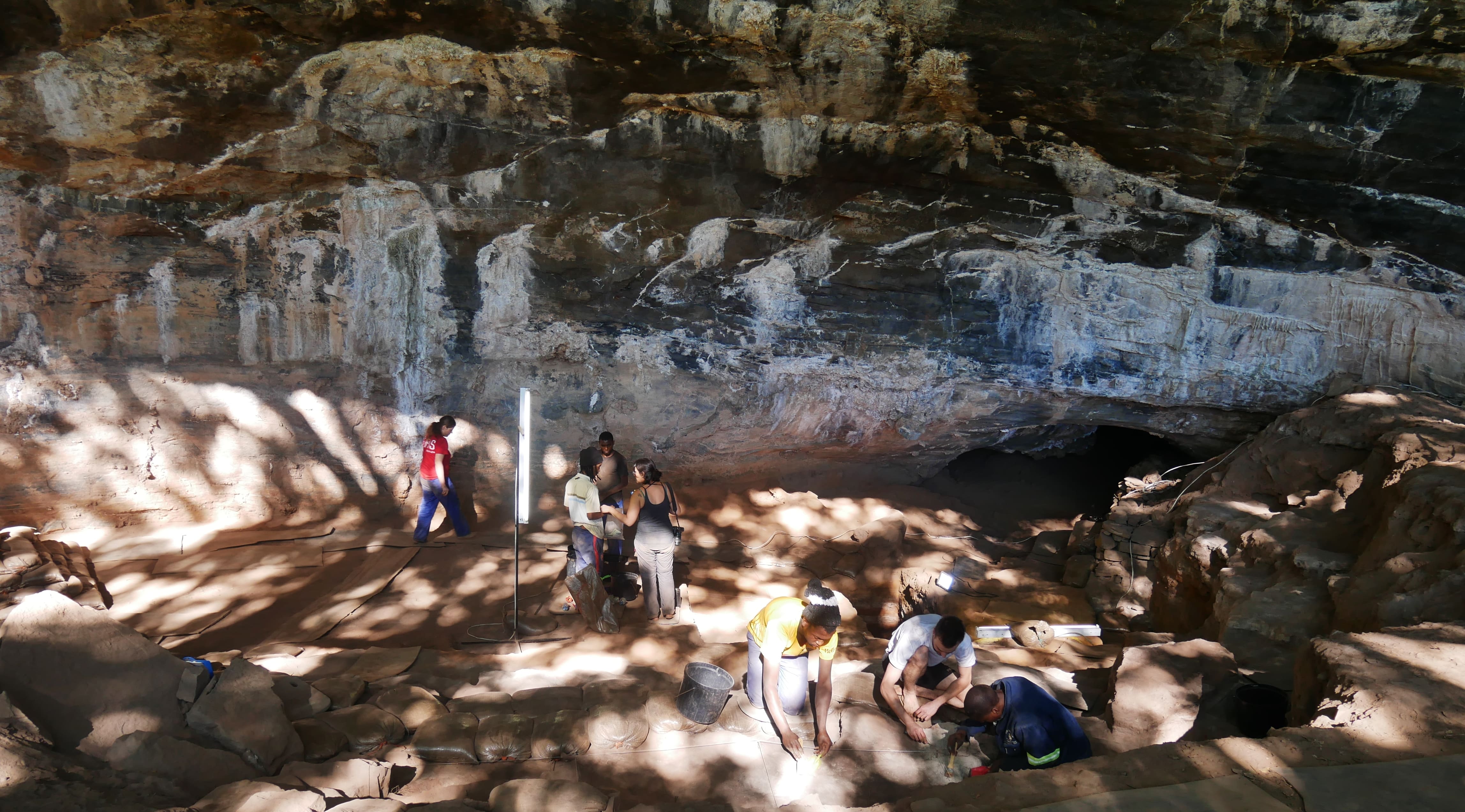 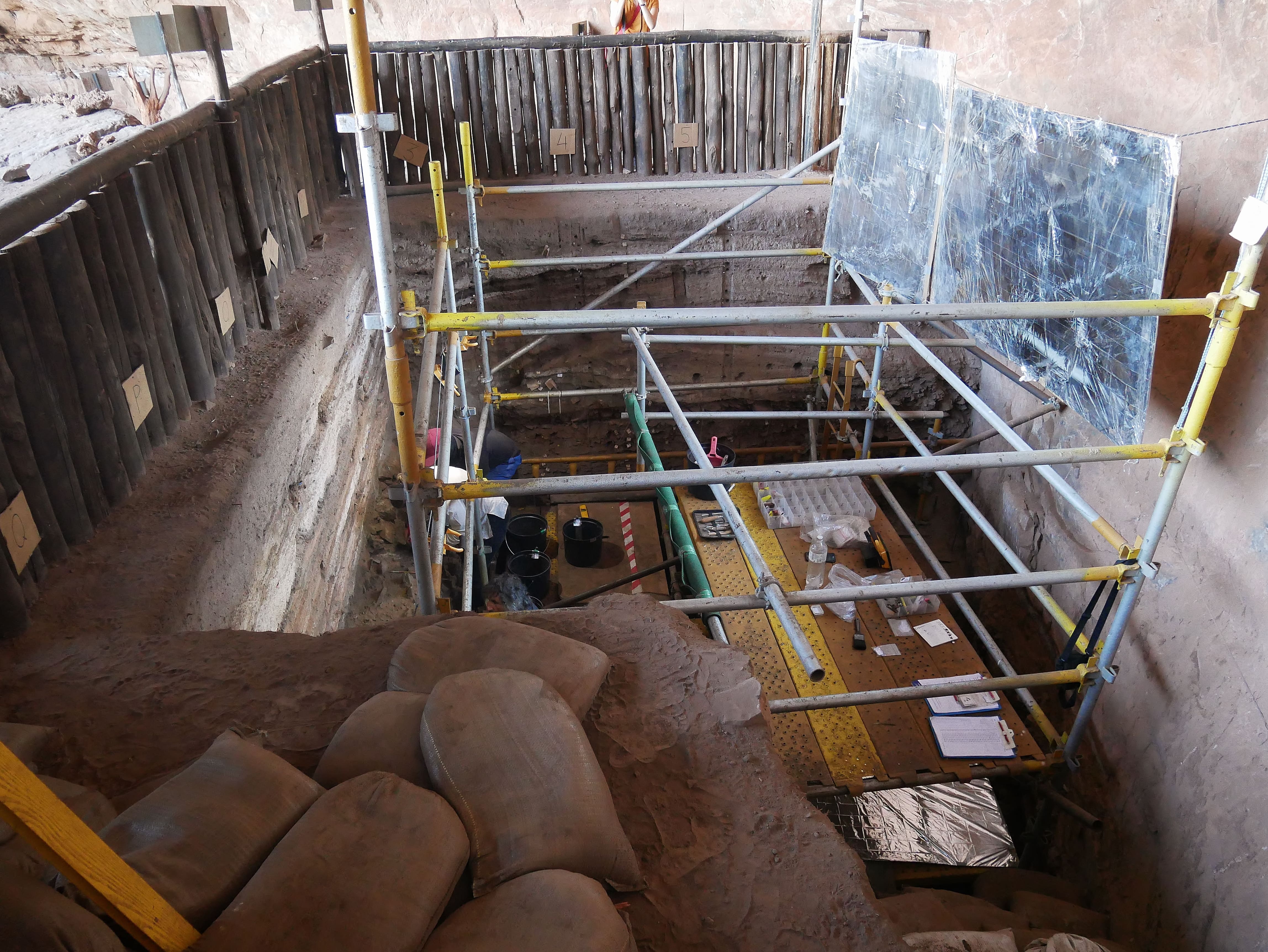 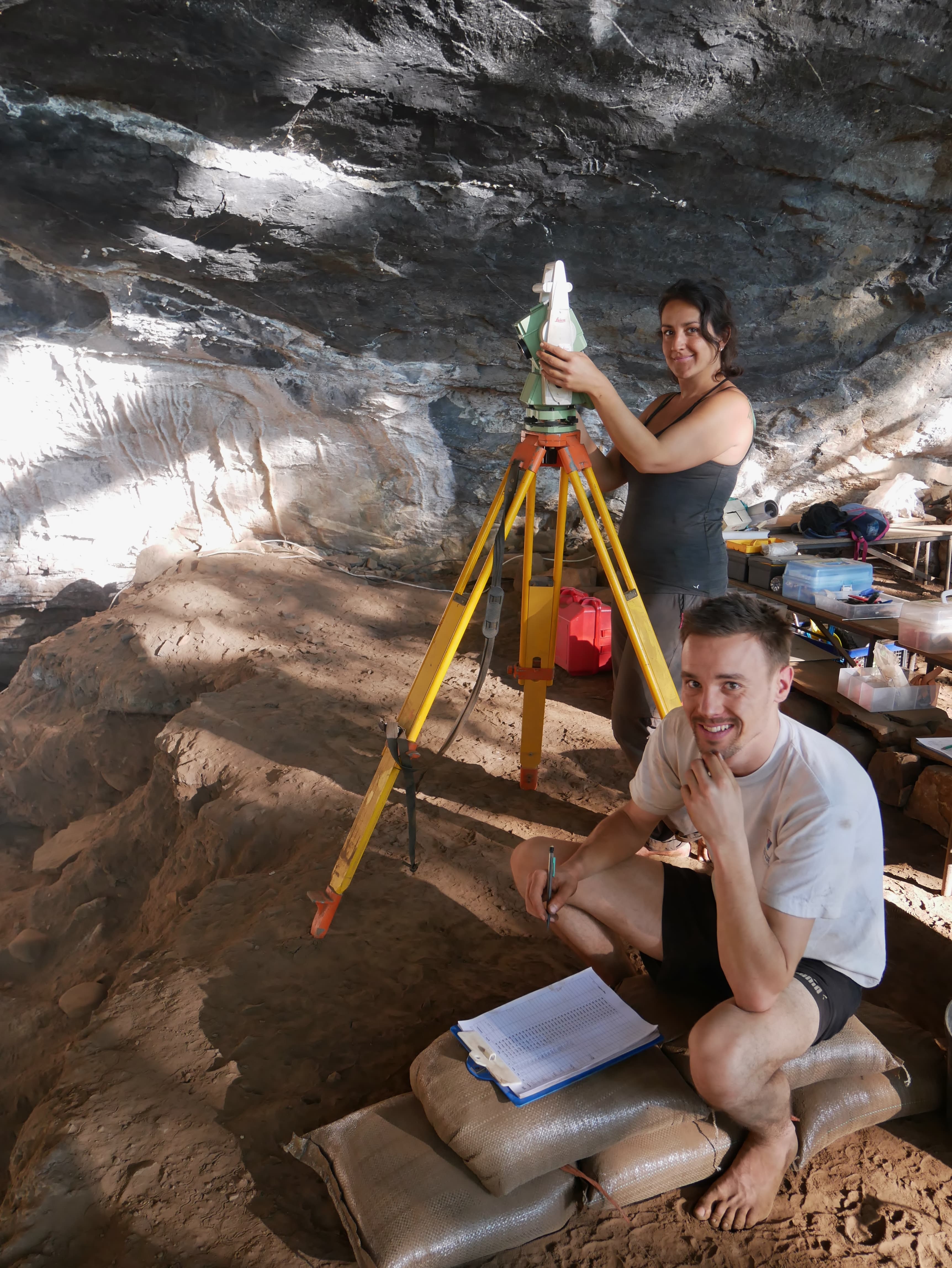 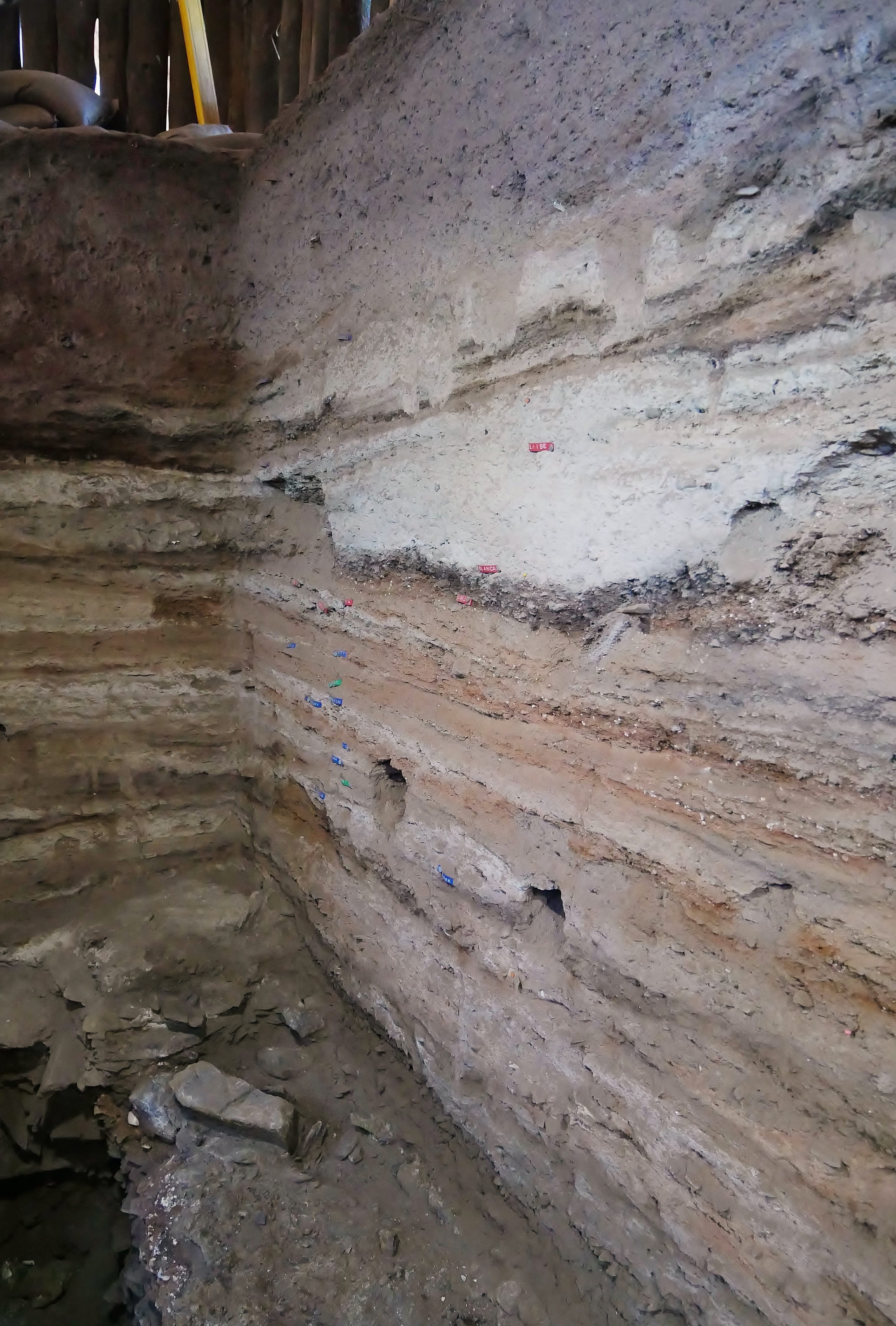